Anatolia Pillar icefall (Cevizli village, the extreme left icefall) 100m WI6  first ascent: Anna Torretta (Italy), Cecilia Buil (Spain) and Tunç Fındık, january 23rd, 2015. Located at the  extreme left end  of the  steep rock band that encloses the south of the  Cevizli village, the icefall is a wonderfully vertical, tube-like ice-smear adhered to the rock wall and rightly the  most fantastic route up to date in the Uzundere region. An hour of trekking up steep, narrow and icy  creek bed is required to gain the bottom of the route, which starts at 1700m altitude. The icefall is 2 pitches long and  at the end of the first pitch is a hanging belay with ice screws. The end of the second pitch is a narrow vertical tube that ends in an easy, low-angled frozen creek bed, and belaying is done by the means of  ice screws as well as utilising  a small tree on the ledge. Descending the same route, leave abalakov for rappel anchors. An alternative to rappeling the route can be finishing the route at the forest pasture high above, around 2100m. To do this, one needs to climb at least  300m more, with occasional steps of WI2 to gain the pasture and  then trek to north (right side) for 1 ½ km inside the pine forest, to reach  the  jeep path to the village. This will take at least an hour. The icefall faces north and is also known as the Nebidere waterfall.

Sugar Couloir icefall  (Kirazlı village pasture, the extreme left icefall) 450m WI5 ve  grade IV mixed climbing  first ascent: Anna Torretta (Italy), Cecilia Buil (Spain), january 24th  2015. This is a long and commiting mixed and ice climbing route. Situated at the north-northwest facing alpine bowl of Mt. Güllü (2933m) and in perennial winter shade, the icefall starts at an altitude of 2500m. The approach can be long and arduous;  after driving 40 minutes  by jeep  from Kirazli village, one reaches the  pasture at  approx. 2300m and the trek  to the northwest face of the mountain, to the bottom of the route takes almost an hour. Caution: please assess the avalanche danger inside the narrow mountain valleys and the route itself, especially after fresh snow had fallen. The route is  has deep powder snow covered gullies as well as mixed parts (grade IV), and it offers two pitches of  steep ice climbing of WI5, with a total of 8 pitches. The ice pitches  are composed of  one short vertical ice fang of 5-8m length and one full pitch of vertical curtain. Descending the same route, leave abalakov for rappel anchors. 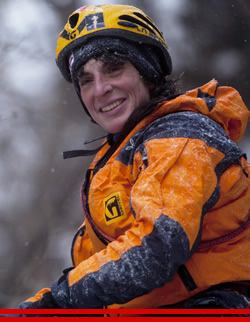 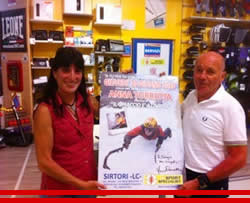 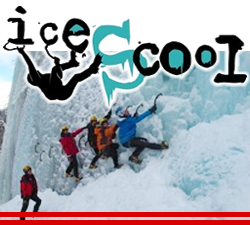